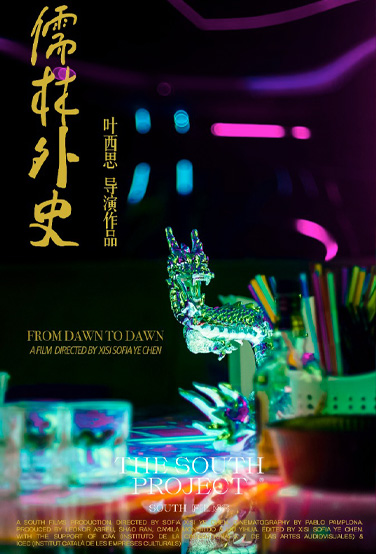 Back to Films
Take me home

From Dawn to Dawn

English title: From Dawn to Dawn

When we were little, we used to watch movies about gangsters from the golden age of Hong Kong cinema. When we grew up, my big brother became a gangster, and I became a filmmaker.

Story of the Night is a sister’s portrait of her brother, a former gangster who wants to transcend his past to become a successful entrepreneur.

A business trip, a night in a clandestine karaoke in Madrid and an intimate conversation between ancient Chinese gangsters are the scenes from which the story of A Wen is told, a biographical narrative in two voices: his and that of his sister, the director of the film.

Death is only the horizon in the biographical account of a life — here, the stories are told under faith and reincarnation.

Would you like to know more about this project?